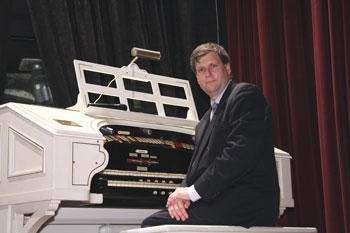 The Artists-In-Residence Program was created to provide public access to this historic building and to further the mission of the Endowment Fund. Reminiscent of Mrs. Garrett’s wonderful soirees, we provide a beautifully restored venue for a limited number of small performing arts groups for the enjoyment of their audiences and to support their artistic endeavors.

The State Theater in Baltimore purchased the standard Model E. The organ was shipped from the factory on December 17, 1926 and was originally installed in The State Theatre, Monument Street, Baltimore, Maryland, first opening April 27, 1927. Many such instruments were delivered and assembled in a day or two by a team of workers. One might consider this their version of “plug and play”.

It was purchased in February, 1969 by Roy Wagner. It was removed and restored by him and it remained, unmodified, in his home until 2011 when he made it known that he wanted to pass the instrument to a new owner who would preserve and care for it as he had done. 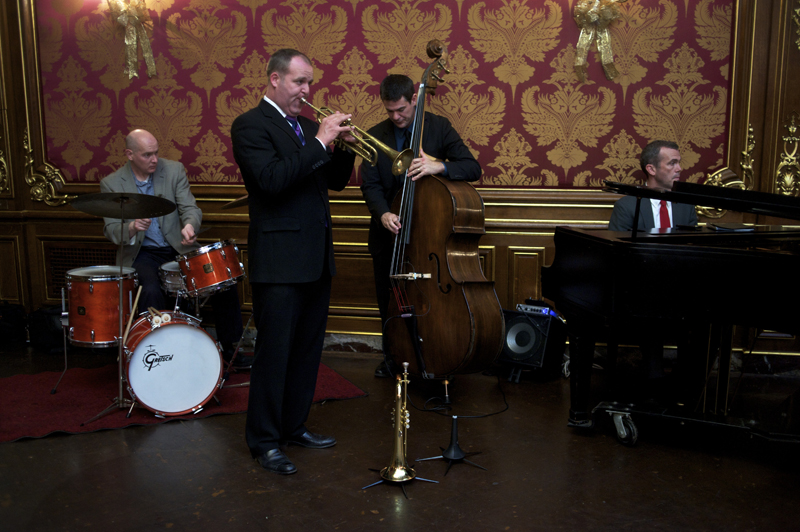 Dick Magnani, past President of The Engineers Club, and Dale Whitehead, the Executive Director, both noticed an article in The Baltimore Sun about Mr. Wagner and the availability of the instrument and set about raising the funds for its acquisition. In March 2012 the instrument was dismantled and moved to the Mansion with installation completed on June of 2012.

The Unified Jazz Ensemble is dedicated to bringing the best of jazz to audiences of all ages. Founded in 1992, the UJE engages listeners in innovative performances of jazz standards and original compositions. 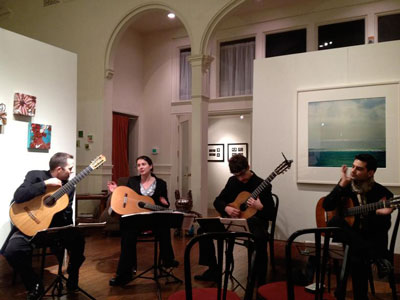 Founded in 2010, the Atlantic Guitar Quartet is a contemporary music ensemble dedicated to promoting the music of living composers. Through virtuosic performances, innovative programing and collaborations with other visual and performing artists, AGQ has broadened the repertoire for – and the definition of – the classical guitar quartet. Each of the four members, Mark Edwards, Kevin Shannon, Zoe Johnstone Stewart and Jonathan Zwi, have enjoyed extensive solo performing and teaching careers since receiving advanced degrees from the Peabody Conservatory. As a group, AGQ has performed as part of the Evolution Contemporary Music series and the Spring Stage Performances series, and at Salisbury University, York College of Pennsylvania, Harford Community College and the Jordan Faye Contemporary Art Gallery. They have been artists-in-residence at the Engineers Club of the Garrett-Jacobs Mansion in Baltimore since 2010. 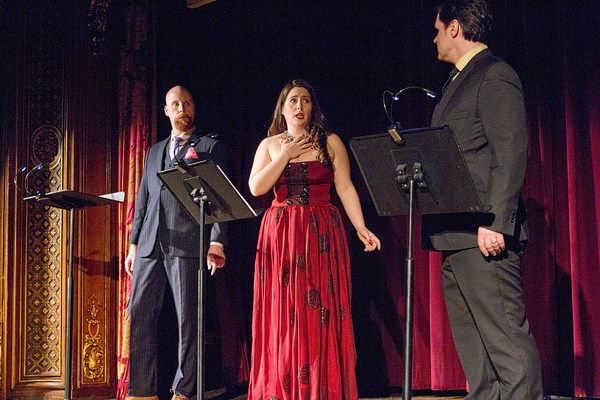 Baltimore Concert Opera creates an experience that captures the core essence of opera, the connection between the audience and the human voice. Founded in 2009, Baltimore Concert Opera is dedicated to presenting opera to the public in a format that is accessible, affordable, and vibrant. We present singers of the highest artistic caliber in our intimate “home stage” in the breathtaking Garrett Jacobs Mansion, the site of the Engineers Club in Mt. Vernon.We strive always to have a sustainable impact on the Baltimore arts community and beyond.

The Annapolis Chorale, founded in 1974 and now led for the past 25 years by J. Ernest Green, is the centerpiece for Live Arts Maryland which now not only includes the chorale, but also the Annapolis Chamber Orchestra, the St. Anne's Concerts, and Cantori. The repertoire covered spans from Bach to Broadway in scale both large and intimate. We welcome Live Arts Maryland - the newest of our Artists in Residence, but with a long and storied history.